BiodiversityMaquis shrubland and the woods

The term “Maquis shrubland” refers to plant formations made of shrubs and small trees (maximum 4-5 metres), generally evergreen, sometimes scented, which create a thick and intricate vegetation, with a very variable floristic composition based on the type of substrate, the climatic and topographic factors and human activities.

However, the Maquis shrubland is typical of the regions surrounding the Mediterranean basin, characterized by temperate-humid winters and hot and dry summers. It usually has a high floristic biodiversity: the arboreal layer consists mainly of holm oaks, associated with other deciduous plants (Downy Oak, Terebinth, Judas Tree, Manna Ash and so on), while there are many shrub species (Phyllirea, Myrtle, the Strawberry Tree, Laurel, Viburnum, Rhamnus alaternus, Pistacia lentiscus, Cistus, different brooms and so on).

The scrub bushes are generally xerophilous, with small and coriaceous leaves (Holm oak, Pistacia lentiscus), reduced to scales or even absent; their biological cycle puts them into vegetative rest in the summer, when the aridity of the climate is higher.

The Mediterranean shrub on the Vesuvius is not very dense and mainly consists of brooms, docks and sorrels, Valerian and Helichrysum; where the slope is accentuated, only sparse populations of docks and sorrels and Etna brooms develop as a result of forest interventions dating back to the last century. 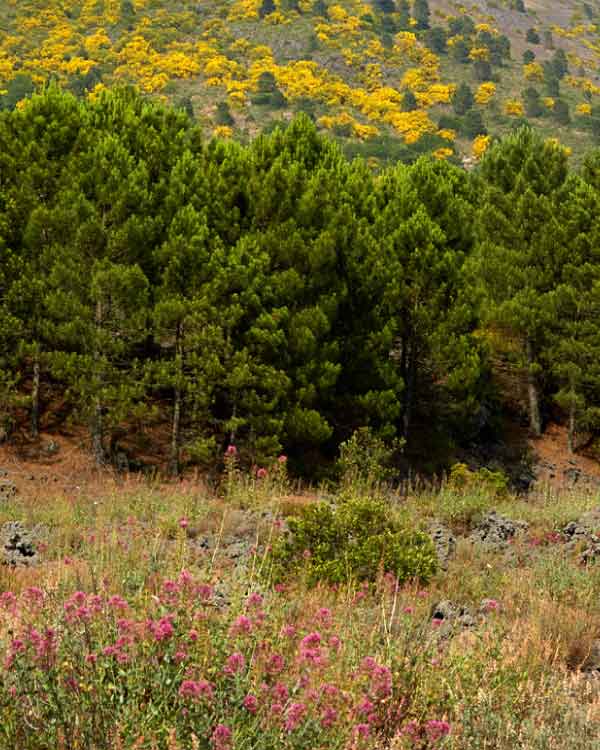 The mesophilous mixed woods are forest formations of different arboreal species that grow where the climate is fresh and humid, especially on the mountains.

In the Vesuvius National Park, mesophilous woodlands are mainly present on the side of Mount Somma, more humid and fresh than the one of the Vesuvius, and are mainly characterized by chestnut trees, which prevail in the less elevated area, downy oaks, hazelnut trees, European Hop Hornbeams and two endemic species, i.e. species that only exist in a specific area: Italian maples, which are typical of Campania, and Italian alders, endemic in southern Italy.

In some small relict stations in Atrio del Cavallo, in Valle del Gigante and on Mount Somma, it’s also possible to find small birch nuclei, evidence of colder climates of the past.

Before the great eruption of 79 AD which destroyed Pompeii and Herculaneum, the Vesuvius was covered by extensive mesophilous forests: today they’re mainly found on the slopes of Mount Somma starting from 400 metres of altitude. 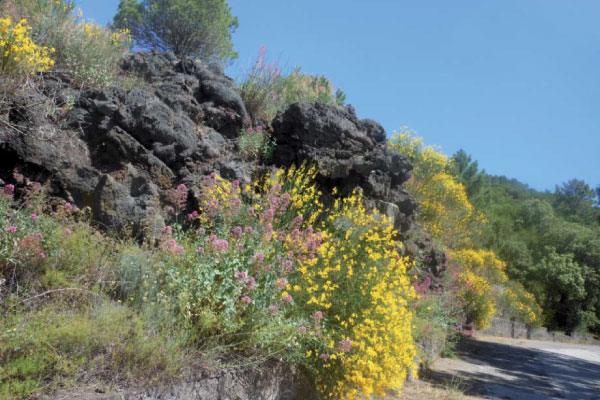 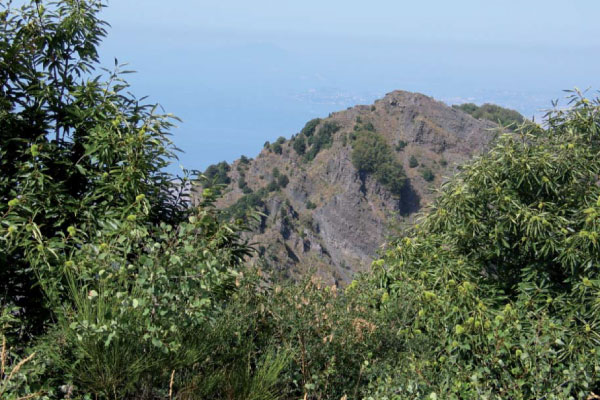